Shortly before the launch of the sales campaign, it was discovered that the PEO’s contribution—an email database of small to mid-sized local businesses—had a history of mismanagement that resulted in unusually low open rates.

With significant resources already invested in the campaign, should Staples continue as planned and risk a low response?

Or should they cut their losses and try the program with a different partner?

Or was there another option?

HINT: There was another option. 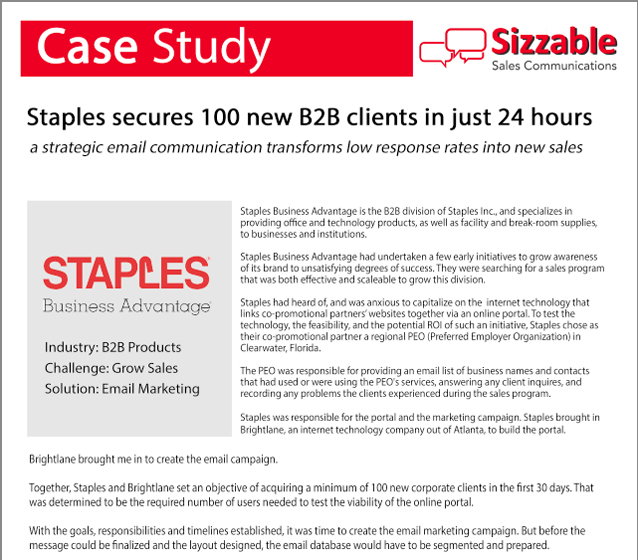 Next up: How LegalShield Achieved 40X increase in qualified leads with direct response